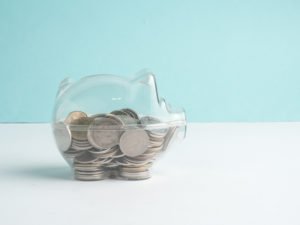 Keeping Track of Personal Funds While Living in Assisted Living

Recently, Mary and Tom helped his mother move into an assisted living facility in the area. It took a long time for them to convince Tom’s mother to choose this for her future care and welfare, and they were excited about the prospect. However, during a visit this past week Mary and Tom found out from his mother that the administrative staff at their facility required her to document every dollar spent when she went out on a day excursion with her friends and other residents at the facility.

This didn’t make sense to either Mary or Tom, or his mother. It seemed as though it was an overreach, the facility was overstepping its authority and was more concerned with keeping their residents from spending any money as opposed to allowing them to be autonomous and independent, which is one of the main selling points that Mary and Tom used to convince his mother to choose this moving forward.

An assisted living facility could very well require residents to document the money they spend.

This doesn’t mean the facility is acting surreptitiously or even illegally in any sense. It could have something to do with reducing or eliminating the potential risk of fraud or theft. If their elderly residents have money on hand that suddenly disappears, how can they be sure it was stolen and wasn’t spent inadvertently? Of course, some residents may be able to opt out of these safety and security protocols, but it could have to do with Medicaid expenses as well.

Mary and Tom were quite aware that his mother qualified for some support services paid for through Medicaid. Assisted living was one of those services that a portion of her monthly fees was covered by this federal and state run program.

As a stipulation for this coverage, each dollar that was spent as disposable income or allowance provided by Medicaid needed to be clearly documented for coverage purposes. This had nothing to do with fraud, theft, or security for the resident, but rather government run bureaucratic requirements to ensure that every dollar was being spent properly and in compliance with regulations.

Sometimes an assisted living facility may require residents to document their spending to ensure their safety and security. It could also be associated with regulations provided by Medicaid or an insurance provider if any portion of the cost of assisted living is covered by these provisions.