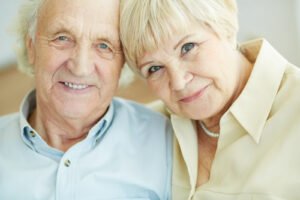 Martin and Linda were married for 50 years when he suffered a stroke. The stroke left him debilitated. It took months for him working with a physical therapist to regain at least some mobility, but when he was finally sent home, Linda had an extremely difficult time supporting him.

Martin managed to eventually regain the ability to walk, even though he needed a walker to support his weight. It was a wonderful moment for him to begin taking those first steps alone, without anyone helping him. Still, at 72, things were going to become much more challenging in the future.

The pressure this placed on Linda became tremendous.

She didn’t want to complain; she didn’t want Martin to think she didn’t care. She most certainly did, and she took her wedding vows seriously; she truly did want to be there for him in sickness and in health, but she wasn’t nearly strong enough to support him and he had challenges, such as getting into and out of the shower.

An assisted living facility was not too far away from their house. In fact, it was less than five minutes in the car. Linda had no trouble driving, though Martin would never be able to get behind the wheel.

When she heard this recommendation, she was actually surprised. She wasn’t ready for assisted-living herself, and the thought of separating from her husband of more than 50 years was not something that she ever contemplated, aside from losing him completely. She just assumed they would live together until the very end.

The more she thought about it, though, the more she realized Martin could not only get the physical support he needed, when he needed it (which wasn’t nearly all the time), but he would also have an opportunity to take part in various activities, meet new seniors his own age, and enjoy a variety of activities. Linda still spent a lot of time with her friends, so she was active while he tended to sit around most days alone, watching TV, and teetering on the edge of depression.

It is a difficult challenge for some couples.

While couples can certainly consider moving into assisted living together, the cost of that could be prohibitive. For an elderly couple that are no longer physically equally yoked, the challenges to support the other can be tremendous. Assisted living does offer an alternative that could help surround the struggling senior with a great support, a safe environment, and a network of other seniors will likely share a number of common interests.