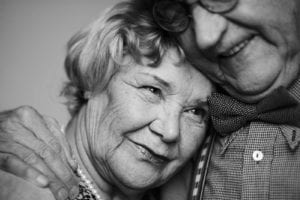 Codependency Can Complicate Things When One Senior Chooses Assisted Living

Mildred and Stephen had been married for 58 years. When Stephen had a stroke, it was devastating. Mildred spent many days and nights at the hospital, despite her own advanced age and encouragement from her family as well as doctors to go home and get adequate rest. “There’s nothing you can do to help him,” was the common refrain. The thought of assisted living was nowhere in her mental periphery at that time nor for the months and initial year when he was discharged and sent home.

At 82 years of age, Mildred found herself taking physical care of her husband. The doctors were optimistic he would be able to get around on his own, once he regained strength and worked with physical therapists for many months. In the interim, Mildred did her best to take care of them, also leaning on family and friends for physical assistance at times.

After several months of this, her children recommended assisted living.

Having been married for so long, for such a significant portion of their lives, Mildred couldn’t even envision being separated from him by choice. However, Stephen was still clear and cogent and able to make rational decisions for his life and care.

He noticed just how difficult this was on his wife. He knew she wanted to remain in the house they had built together, had raised their children in, and had shared for most of their married life. He didn’t really want to leave, either, but the physical challenges he was facing were tremendous. They spent most of their time alone and they certainly looked at various options, both the activities, friends he already knew that were at a local facility, and other considerations, Stephen believed assisted living was the best thing for him at this time.

Being codependent made this a difficult transition.

It wasn’t just difficult for Stephen to adjust to sleeping alone and not having his beloved Mildred right there when he woke up every morning, it was also difficult for her. Fortunately, they chose an assisted living community that was only a few minutes away from their house. Mildred was able to visit every single day. She visited often in the morning, early afternoon hours, and some evenings for a nice meal together.

When people are codependent, the idea of one heading to an assisted living facility can be overwhelming. The prospect of both of them moving in could be financially impossible, however. Mildred and Stephen found a way to make it work and in seven months he was able to return home, having regained a lot of strength and the ability to get around, for the most part, with minimal assistance.