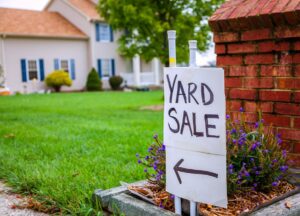 Bill never thought he would be looking forward to his move into an assisted living community. When he was younger, his mother moved into a nursing home during the final months of her life. The conditions there were, what Bill told friends and other family members, atrocious.

Through the years he had simply associated assisted living communities with nursing homes. He didn’t think there was much difference between the two, and when he finally reached his Golden Years, traveled a lot with his wife, and eventually watched her suffer through an illness and pass away when he was 82, he hadn’t given assisted living much thought.

As the years progressed he had more and more difficulty tending to basic tasks around the house. Many of his friends were long gone and he didn’t get out of the house much. He relied on a caregiver, but something was missing and his youngest daughter mentioned the prospect of assisted living. At first he laughed at the idea and even scorned it, but when she began to explain that it was not the same as a nursing home and that many of these communities were upscale, with their own high quality restaurant facilities, state-of-the-art exercise rooms, and entertainment facilities, he began to look into it more.

By the end of the first day visiting several facilities in the area, he knew where he wanted to be. He filled out an application and was accepted and his move-in date was scheduled for the end of April. Throughout the winter he was eagerly anticipating spring so that he could go through his house, pull out boxes, sift through many items he hadn’t seen in a long time, and get ready for this move. He was going to be putting his house on the market to help pay for this new living situation and he was excited.

When spring finally arrived, the caregiver and many of his family members were helping him clean the house from top to bottom, going through boxes, throwing out a lot of old junk he had acquired through the years, selling many other items on eBay and even hold holding a tag sale during the first week of April.

For anybody who is like Bill and planning on moving into assisted living, spring can offer a great opportunity to go through all of their possessions, all of the items they’ve collected throughout their life and begin focusing on what is most important to keep, what they will take with them into this new living situation, and what could be passed on to other family members or simply discarded.