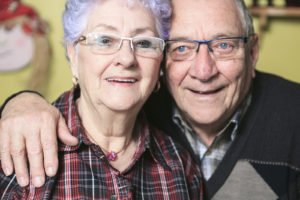 When One Parent Can No Longer Care for the Other, Consider Assisted Living

Marty and Bella had been married for more than 54 years. They were more in love in their late 70s than they had when they first met. Their relationship had gone through some rocky times, as most of them do, but through those trials their relationship strengthened. There wasn’t anything either one wouldn’t do for the other, if at all possible.

When Marty had a stroke, Bella was determined to take care of him.

“I don’t need help,” she told her adult children, friends, and other family. She was determined to take care of him. As she thought, this was her responsibility, and inviting a complete stranger, somebody they knew nothing about into their house, she believed that would be letting him down.

She did what she could, but the challenges were significant.

Within a few months, Bella’s children began noticing the changes, not just in her demeanor, her temper, but also her physical presence. She was bent over, wincing in pain, and her face looked haggard. In short, it was clear Bella was struggling to look after her husband.

They talked about other options, including having somebody come in with them and help, and while he was doing much better, being able to get around for the most part on his own with minimal assistance, it was a lot of the other tangibles that were causing problems.

They were both stuck without transportation.

Marty was the one who drove, but now that was no longer an option. Because of their age, visiting with friends was not always practical. They were missing out on games, activities, and doing other things they enjoyed doing.

That’s when their children talked about assisted living.

Neither Bella nor Marty had ever thought about assisted living, mostly because they just assumed they would be at their house for the rest of their life.

The initial reaction was defiance, but as their children started talking about the benefits assisted living could offer, the activities, and even the fact some of their closest friends were already in a facility not too far away, they began thinking about it more seriously.

They discovered they could still live together. They could both give up the responsibilities of taking care of the house, cooking every day, cleaning all the time, and still enjoy life (most of which was now falling squarely on Bella’s shoulders). For Marty, quality of life for his wife was the most important thing and he knew she wasn’t enjoying it anymore.