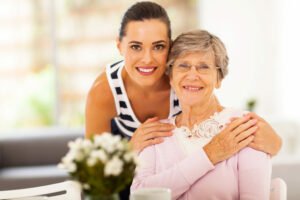 Care Homes in San Antonio TX: What You May Expect During That First Visit with an Aging Parent in Assisted Living

Tom was not too keen on visiting his mother in her new living situation. He felt as though he forced this upon her. When he first began mentioning assisted living to her, she kept admonishing him that she was never going to choose that option, that he should be the one supporting her, and it caused a great deal of strife in the relationship.

When she finally relented and agreed to at least visit one of these facilities, he was conflicted. He felt a little more positive about the situation and her future, but he also felt guilty. When she finally agreed to sign on the dotted line, Tom basically felt like he forced her into this situation.

After helping her move in, she wasn’t too excited, or at least that’s the impression he got.

Tom left her that afternoon feeling worse than ever. She kept making passive-aggressive, underhanded comments about how she was just going to be sitting there all alone, no one was going to give her the time of day, and she would’ve rather have stayed at home.

He had been advised by the facility itself to at least minimize his contact with her at first. They told Tom if he called her every single day, several times throughout the day, and visited her almost every day, she was simply going to wait around by her phone, in her room, and not get out to explore because she didn’t want to miss those calls or visits.

So, he was going to give it a couple of weeks.

He called to check on her a few times, but never actually spoke to her. He left repeated messages, and checked with the administrative staff to find out everything was okay, and was surprised to hear that she was actively involved in a number of activities and meeting new people.

That first visit took him by surprise. Tom found his mother looking better than she had in years. She had a bounce to her step he hadn’t recognized since long before his father passed away. She had a youthful enthusiasm about her again and it made Tom smile.

Yes, Tom was surprised and many people are because they have certain preconceived notions and misconceptions about assisted living. What Tom discovered was this truly had been the best decision his mother could have made at this point in her life.