Assisted Living in Alamo Heights, TX – Other Common Illnesses are More Likely to Put Your Loved One at Risk than Ebola 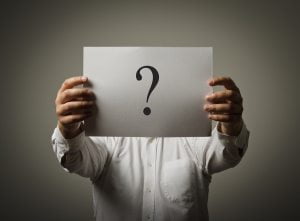 There has been so much hype about Ebola in the news media that it would seem the virus is actually everywhere. This has caused a number of people to worry about their loved ones in assisted living.

The main focus is making sure that your elderly loved one is safe while spending time in an assisted living facility, so let’s look into this situation a bit more.

There is no outbreak at the moment and no alarms are being raised from the federal government or any other agency for that matter with regard to Ebola, so it is not necessary to be contacting the assisted living facility where your loved one lives to try and ascertain whether or not they have protocols in place to handle an outbreak.

Ebola is a vicious disease that can be fatal. It affects the central nervous system and can cause the patient to lose fluids from their body. 60 percent of the patients who contract the disease die as a result, but many of them live in African nations and don’t have the same access to health care that we do in the U.S.

People have made a big deal about Ebola entering the United States because there is no cure and it can definitely be fatal for elderly individuals. The reality, though, is that the flu and other viruses would pose a more realistic risk to the elderly who reside in assisted living communities.

The best thing that anyone can do when it comes to Ebola or any other viral outbreak that makes headline news (the swine flu, bird flu, etc.) is to be aware of the facts, avoid falling into the common hysteria surrounding the disease, and understand that assisted living facilities are going to protect their residents in the best way possible. Your elderly loved one is safe living where they are, especially if they live in an assisted living community somewhere in the United States.